Home Entertainment Bollywood “Badtameez”: Get To Know The Rebellious Side Of Ankit Tiwari With His... 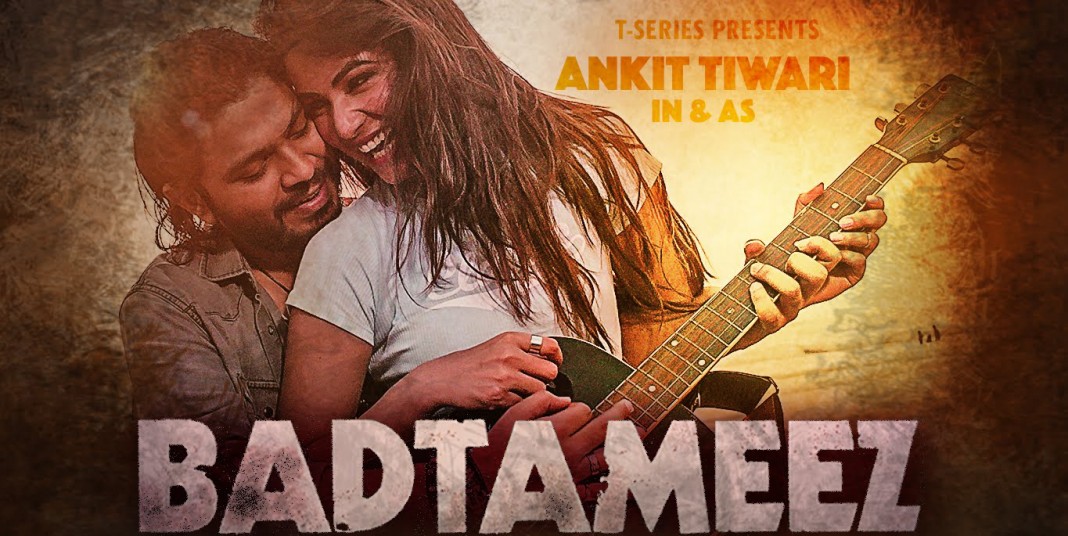 Ankit Tiwari is current prince of melody in Bollywood. Right from “Sun Raha Hai Na Tu”, he has been ruling many hearts of music fanatics. Now this singer has launched his first single on T-Series titled ‘Badtameez’ and we bet you will love him even more after watching this song. ‘Badtameez’ will remind you of “Sadda Haq” but it has totally different feel and lyrics than that.

Ankit is also making his first screen appearance as he is acting in ‘Badtameez’ with ‘Jannat’ girl Sonal Chauhan. Ankit is playing a rockstar in the song who was in love with a cute girl and now he is heartbroken. Apparently, he was too careless and aggressive when he was in a relationship with Sonal and one day he hit her father that led them to fall apart. After the heartbreak, he decided to follow singing career and became the Rockstar. Looks like the dialogue ‘Dil Tootne Par Hi Sangeet Nikalta Hai’ is correct.

The song is jointly produced by T-Series and Brotherhood Entertainment (Production owned by Ankit’s brother Ankur Tiwari). Sonal Chauhan looks absolutely gorgeous in every part of the song. The song is rendered by Ankit Tiwari and the backing vocals are sung by Dwayne Gamree, Murishka Dcruz-Rhiya Jauhari and Dean Sequiera. The music of the song is composed by Ankit himself and the lyrics of the song are carved by Manoj Muntashir.