Home Entertainment Bollywood Bachche Ki Jaan From 102 Not Out Is A Sweet & Cute... 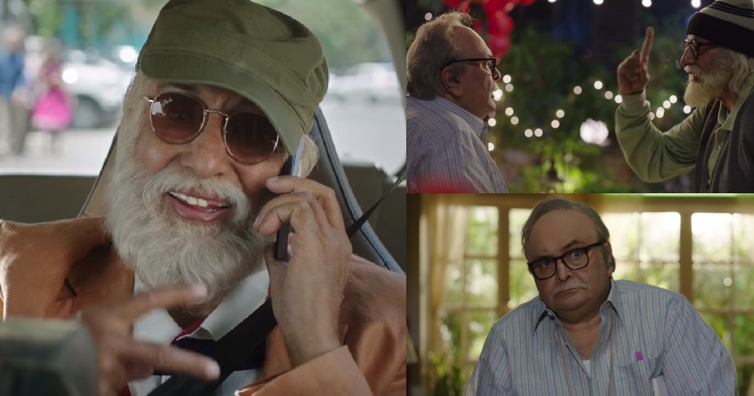 102 Not Out is one of the most exciting movies to be released this summer and fans of two of the biggest actors of Bollywood, Amitabh Bachchan and Rishi Kapoor will turn to the theatres to see their favourites on screen once again. This is more exciting than any actor’s comeback to be honest, because not only the Jodi is coming back, but they’re also coming out with a different avatar. Something the fans never expected to see.

The makers of 102 Not Out recently released a brand new track from the movie, titled Bachche Ki Jaan and it’s a feel-good ode to life.

Even the visuals of Bachche Ki Jaan will make you feel good about life. While Rishi Kapoor can be seen struggling to write a letter to his wife, upon his father’s orders, Amitabh Bachchan is living every second of his life to the fullest. He’s dancing, playing football with kids and even playing saxophone at the end of the song, something incredibly amazing for the character he plays.

Bachche Ki Jaan: 102 Not Out: Watch The Video Over Here:

This track has been sung by romantic music’s genius Arijit Singh, who works his magic with Bachche Ki Jaan. The music of the song has been composed by the acclaimed duo Salim-Sulaiman, and the track has been penned by Hiral Brahmbhatt.

102 Not Out has been directed by Umesh Shukla, who has previously written and directed quite a few Gujarati plays. The film itself is an adaptation of a Gujarati play of the same name by Saumya Joshi.