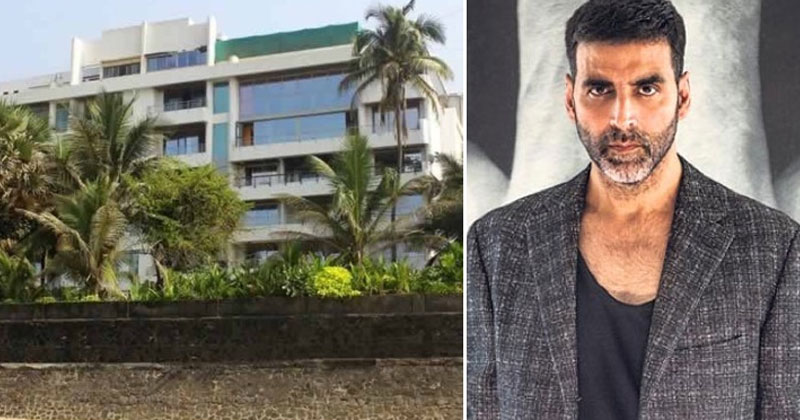 Probably this is the millionth time in your life that you are hearing the phrase that two things in India are a religion unto themselves. The first is Cricket and the other is, Bollywood.

Okay, where’s the harm in adding one more to what seems like a cliche, regardless of whether you’ve heard many a time before, isn’t it?

But anyway, here’s what happened and none of us have to actually reduce this into a laughing matter. Well, just that it really is one.

A die-hard fan of Akshay Kumar from Haryana, Ankit Goswami did his bit.

And what was it?

It appears that Mr Ankit Goswami may not have realized that the actor responsible for several superhit flicks (and as seen, of late,) some movies drenched in rich verve of patriotism, is in no way whatsoever related to Oxygen or hydrogen, or water or food for that matter to have been considered so useful as to have broken into his house.

And that Akshay Kumar, not ‘Life’ Kumar remember, is not to be blamed in this matter in any way, for surely it’s the fault on the part of his fan. Is it not?

Surely, had Mr. Goswami had the time to spend on this national news, we may have seen a full-blown media program on such a ‘terribly sensitive issue’ by now.

But the fact of the matter is that this die-hard fan in question, Ankit Goswami- whose Aadhar Card may not have the name ‘creep’ on it as yet, actually found- and this will surprise you- Akshay’s address from Google.

So now the question is how come an actor who proudly and quite brilliantly at that, played the part of an undercover sleuth in noted flicks such as Naam Shabana didn’t remain off limits from Google. Okay, we know you ain’t a spy or that smart in real but still, taking some inspiration as to how spies remain off limits from the public glare may have helped, no?

Well, don’t worry, we are not mocking you Akshay. Creepy things happen to us all the time- don’t they. Here’s the most important part, nonetheless.

The fan thankfully was arrested and wasn’t able to do any colossal damage other than finding his name bloated on varied national headlines.

Noted media platform, NDTV shared the following in regards to the whole matter:

The resident of the state of Haryana, wanted to meet Akshay Kumar, his favorite Bollywood star, and had traveled to Mumbai only for this purpose, a senior police official said.

He found the actor’s address through Google search and tried to enter his house late Monday night but a security guard caught him.

The Juhu Police questioned him and arrested him on Tuesday, said Deputy Commissioner of Police Paramjit Singh Dahiya.