Aiyaary is one of the earliest releases of 2018 and it’s an intense movie about two Indian Army Officers, a mentor, and his protégé. The Aiyaary trailer also hints at a possible scam that can end up destroying Indian Army’s reputation. 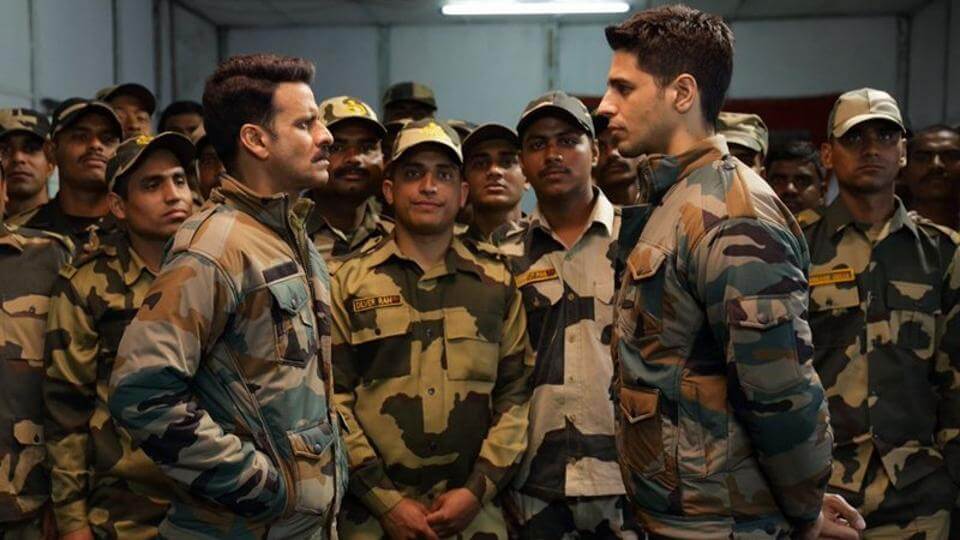 The movie majorly revolves around Sidharth Malhotra and Manoj Bajpayee, where Bajpayee’s character Colonel Abhay Singh is on a lookout for Sidharth aka Major Jai Bakshi, a surveillance officer. Both the actors, by the looks of the trailer, seem to be doing justice to their characters and have also been able to brilliantly set the tone of the movie, as an intense thriller.

Aiyaary means the ultimate trickery. Aiyaary fabulously sums up what a Soldier resorts to ultimately in the face of extreme crisis.

The movie has an interesting cast and it includes actors like Sidharth Malhotra and Manoj Bajpayee in lead roles, while the supporting cast includes Rakul Preet Singh, Naseeruddin Shah, Pooja Chopra and Anupam Kher.

A look at the trailer and you would be able to spot the similarities between A Wednesday (also directed by Neeraj Pandey) and this one, the tone of both the movies seem to be somewhat similar.

Aiyaary would clash with the release of Akshay Kumar’s much-awaited PadMan and it would be a tough competition to crack. Both Neeraj Pandey and Akshay Kumar have worked together on a number of movies, in fact, almost all of the recent successes by Akshay Kumar were directed by Pandey, and this clash might put their friendship in a tiff.

Directed by Neeraj Pandey, Aiyaary is all set to release on January 26, 2018.