There’s hardly a dull day in the life of Salman Khan. At a time where several youngsters are already here and making a noise given sheer talent and skill, the likes of Kartik Aaryan, Ranveer Singh, Pulkit Samrat, Ayushmann Khurrana having stormed to box office hits already in their young careers, there’s pretty much nothing that can suppress the Salman Khan enigma.

Actually, there’s also hardly a doubt why Salman Khan’s fame and popularity are ever-steady instead of moving down given that the famous Bandra boy is well over 50, much older than others in an industry that adores youth. And let’s just keep the looks and age-defying persona away from the discussion! Year after year, Salman Khan’s movies turn up with an enigma, producing box office gold. This was true for Ready. This was also true for Bajrangi Bhaijan and Sultan. But ever since the Dabangg series came to the reckoning, they catapulted Salman Khan to a new level of fan-base altogether.

It was back in 2010 when Salman Khan etched a new on-screen persona, the “Chulbul Pandey” character, one that was funny yet aggressive, mischievous yet entertaining. And ever since then, the box office returns have only justified the hype the mega blockbuster produced.

You immediately know there’s something special about the film when the movie goes onto earn a whopping- for there’s truly no other term that can describe it aptly- INR 2.9 billion. Yep, that’s what Salman’s first installment of the Dabangg film series earned. Next up was Dabangg 2, a film that generated INR 2.5 billion on the box office. So now what?

Well, not too long ago, the star shared that there’s going to be an advance booking for Dabangg 3. Right at the time where much of everyone is busy making plans, recollecting the best moments of this year and planning ahead for the next year, Salman Khan still has something to offer, right at the fag end of the year.

In revealing that there is an advance booking for Dabangg 3, Salman Khan has, once again, left the scope for much expectation and anticipation, something that both previous installments of his Dabangg films served in liberal doses.

So what’s exactly on offer with the news confirmed about advance booking for Dabangg 3?

Hindustan Times captured the developing story and shared the following:

Sunday released a promotional video of Dabangg 3 and announced that the pre-booking of tickets for the film has begun. In addition to the glimpses from the film, the video features Salman Khan and actor Saiee Manjrekar asking fans to pre-book the show.

While the key lead of the film, will, of course, doubtlessly have Salman himself in the lead role, the upcoming Dabangg 3 has one interesting change. The upcoming release has Mahesh Manjrekar’s debutant daughter- Sai Manjrekar-appearing in her first-ever film role. It also stars Sonakshi Sinha and Arbaaz Khan in significant roles and is slated to open in theatres on December 20.

So, what are you waiting for? Have you done the advance booking for Dabangg 3 already or not? 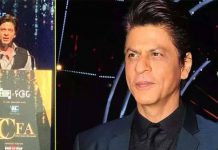