Home Entertainment Bollywood “Aashiq Tera”: Diana Penty Will Win Your Heart With Her Innocent Yet... 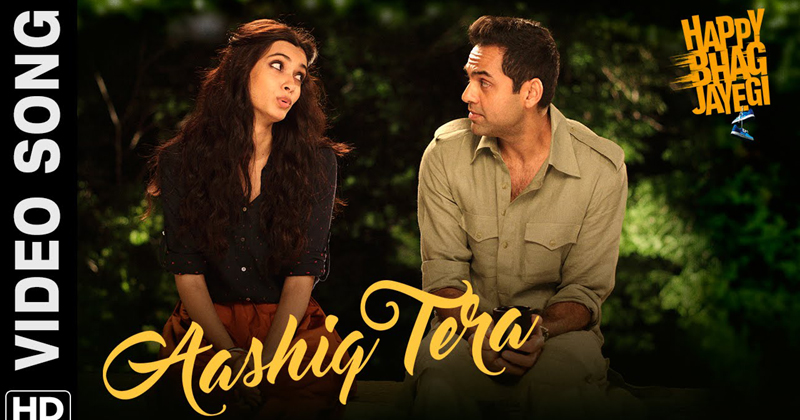 “Aashiq Tera” is the latest track released from the upcoming flick “Happy Bhag Jayegi” and it showcases Diana Penty in all her innocence. “Aashiq Tera” states that Happy (Diana Penty) takes happy’ness everywhere and she is one in a million. If you understood Happy you will fall head over heels for her instantly.

The song features Diana, Abhay Deol, Momal Sheikh and Ali Faisal. It seems that there are two couples in the song, Abhay and Momal, & Diana and Ali but the twist begins when Abhay starts getting attracted to Diana. Now how exciting it would be to see a serious love triangle story after a long time onscreen.  If you are lucky enough and by that I mean, if you paid attention enough, you will see Jimmy Shergill in between the shots dressed as a groom.

Did you notice that there was a single shot in between the video where Diana was held, hostage? I wonder what more this movie has to offer.