Just a week after the PadMan trailer release, the makers have blessed us with the first song from the movie and it features Radhika Apte and Akshay Kumar, along with a bit of Sonam Kapoor in the end. 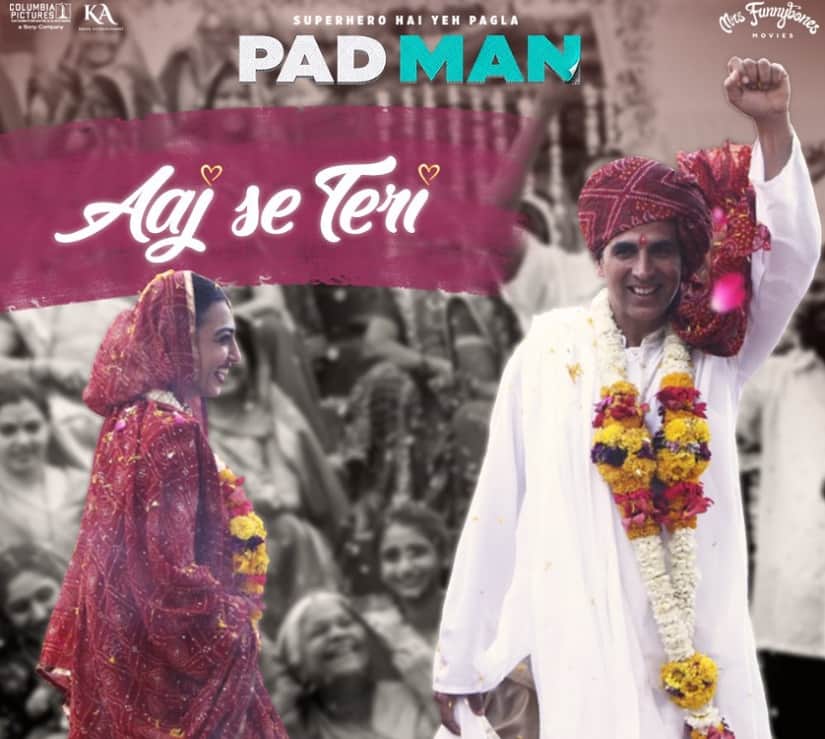 Aaj Se Teri is a soulful and cute track that just states the obvious in every couple’s love story. Apart from the melodious music and beautiful lyrics of the song, the song is also picturised well with various snippets from the movie.

The song shows Akshay Kumar’s undying and relentless love for his wife Radhika Apte and how he always goes a step ahead to make her feel happy and comfortable. Aaj Se Teri also shows the artistic side of Akshay’s character which makes the viewers aware of his innovative side and his will to solve any problem that he faces.

Sung in the melodious voice of Arijit Singh, Aaj Se Teri’s music is given by Amit Trivedi, while the lyrics have been written by Kausar Munir.