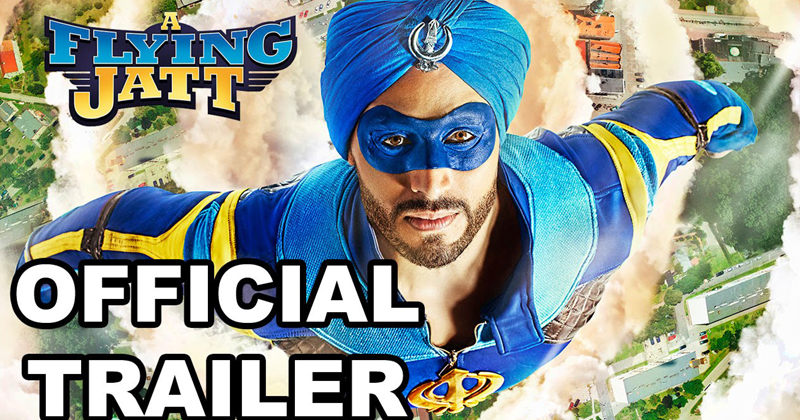 ‘A Flying Jatt’ Trailer is finally here and it’s nothing like we have expected. Why? Because when you hear about a superhero movie, a power pack action, stunning stunts, enormous superpowers and a badass villain appears in your mind but the story of ‘A Flying Jatt’ is a little twisted and we are not sure if it’s going to woo the audience or not.

Apparently, Tiger Shroff is the superhero in the movie who has superpowers but lacks motivation in his life. He uses his powers to woo girls ( especially Jacqueline Fernandez ) and to earn goodwill in people’s mind. The problem of the world is least of his concerns and on the top of it, his mother uses his powers for house cleaning. Is this making any sense yet? No? Didn’t we said that there is a twist? Enters Kay Kay Menon, the baddie, he introduces his master villain Nathan Jones and orders him to kill the Jatt. Now when Tiger gets some really solid punches and kicks from this super villain, he decides to fight back and save the world. Dramatic Enough?

Watch The Trailer Of ‘A Flying Jatt’ Here:

Amrita Singh is playing the mother of Tiger Shroff in the movie and Jacqueline Fernandez is playing the love interest of Tiger. No matter how much you hate to admit it, this one has all the curiosity quotient in it. We agree that the comedy portion is way too much but in the end, there will be a fair share of action.

‘A Flying Jatt’ is directed by Remo D’souza and it will open in theatres on 25 August 2016.