11 Facts About Irrfan Khan That Will Leave You Awestruck!

One of the most versatile and respected actors in Hindi cinema, Irrfan Khan, passed away in Mumbai at the age of 53. Since the last two years, the renowned actor was ailing ever since he was first diagnosed with a neuroendocrine tumour and had been under medical care since then. Irrfan Khan, possibly the best method actor of Indian Cinema who also has earned himself an admiration in Hollywood. A boy born in Jaipur, Rajasthan to a Muslim family moved to Mumbai around 1984. He acted in numerous television serials at the beginning of his carrier and “Rog” his debut movie made him favourite of critics in the Bollywood. He has done some significant work in movies like The Namesake, A Mighty Heart, Slumdog Millionaire, Lunchbox, but it was in Paan Singh Tomar when he caught the viewers and critic’s eye.

Irrfan Khan’s journey has been impressive and the actor has skillfully straddled both Bollywood and Hollywood. He has achieved something that no other Indian has. Irrfan has effectively bridged the cultural divide between Bollywood and Hollywood. His recent performances in Jurassic Park, Talwar and Jazba have proved that there is no looking back for Irrfan Khan.  He would be seen along with Tom Hanks in Dan Brown’s Robert Langdon thriller, Inferno.

Irrfan has been a motivating role model for many method actors and his acceptance and popularity in the Industry is the testament for those who never quit. We have compiled some of his lesser-known facts that will surprise you.

Here Are 11 Facts That Are Lesser Known To The World. 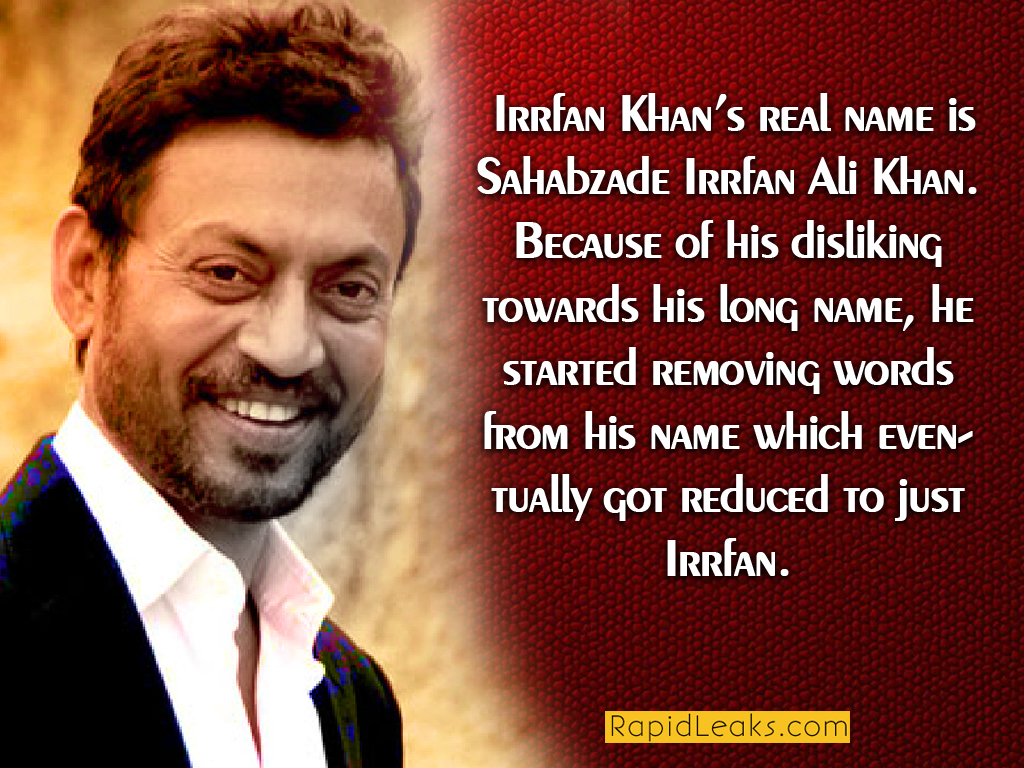 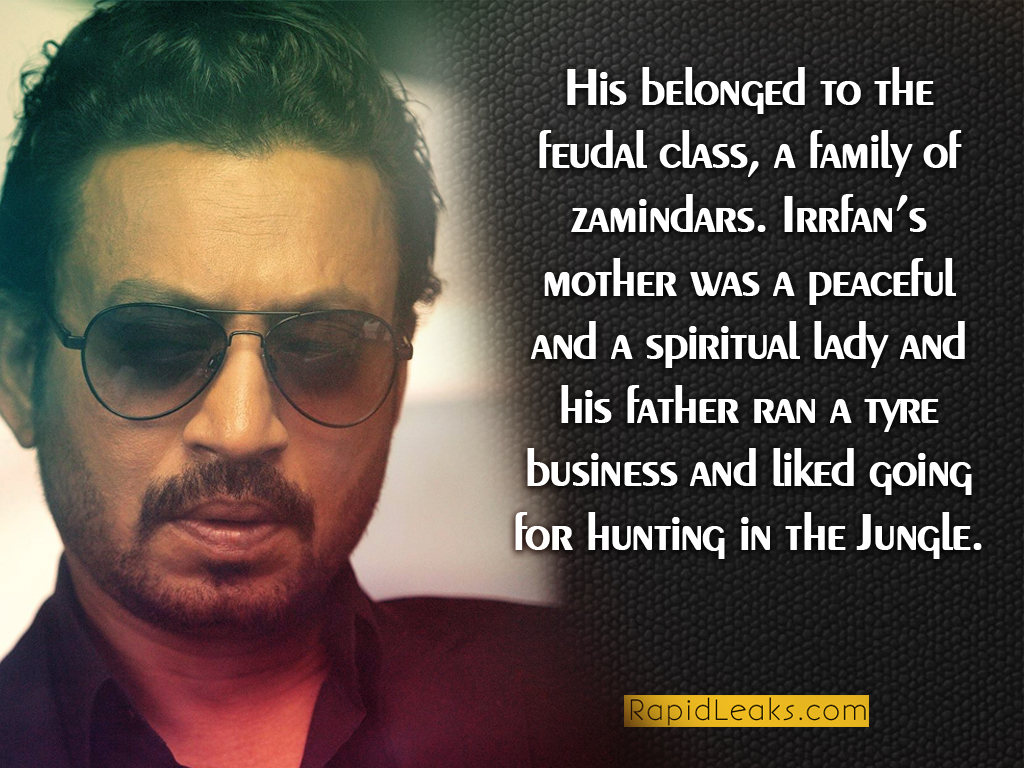 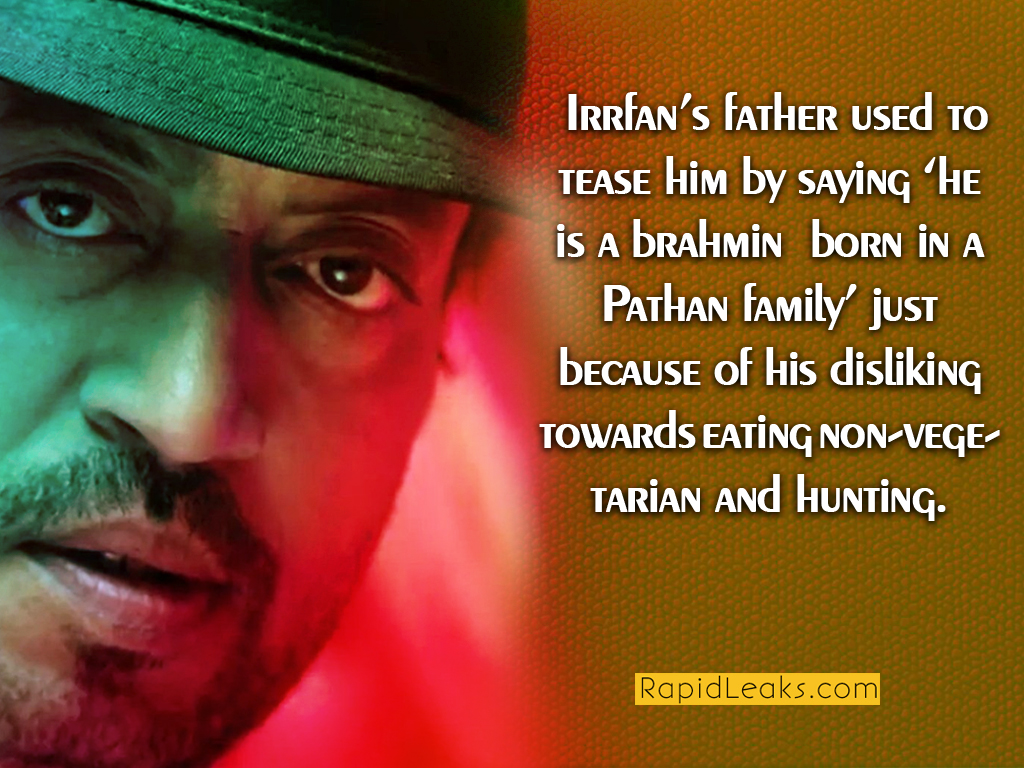 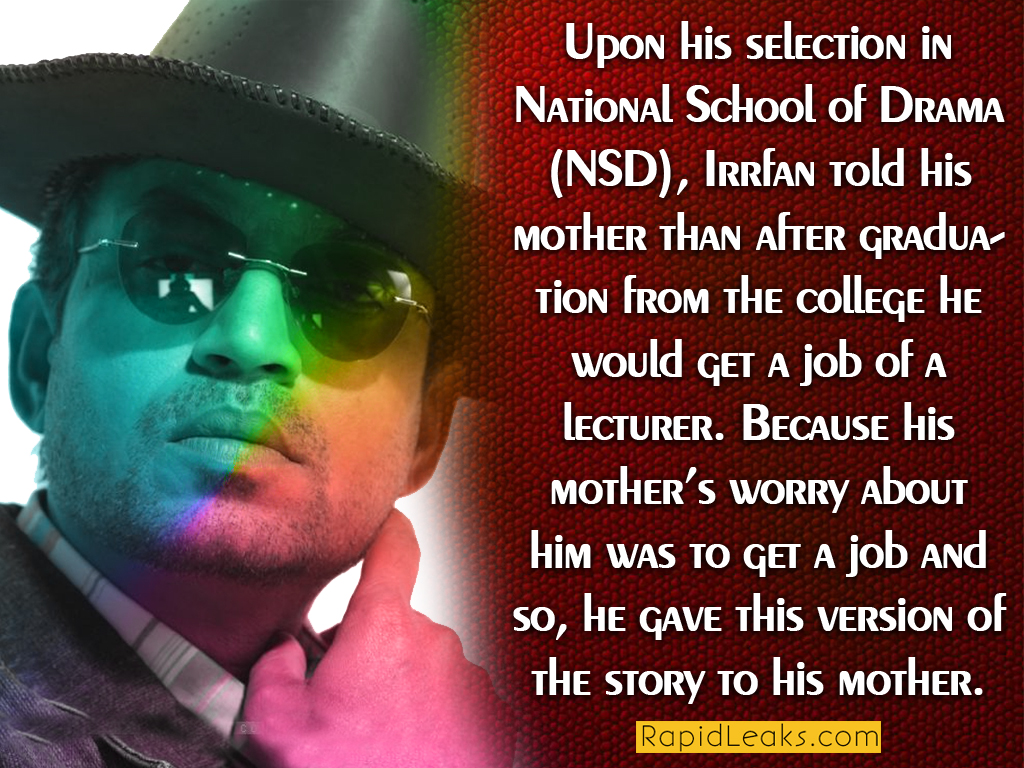 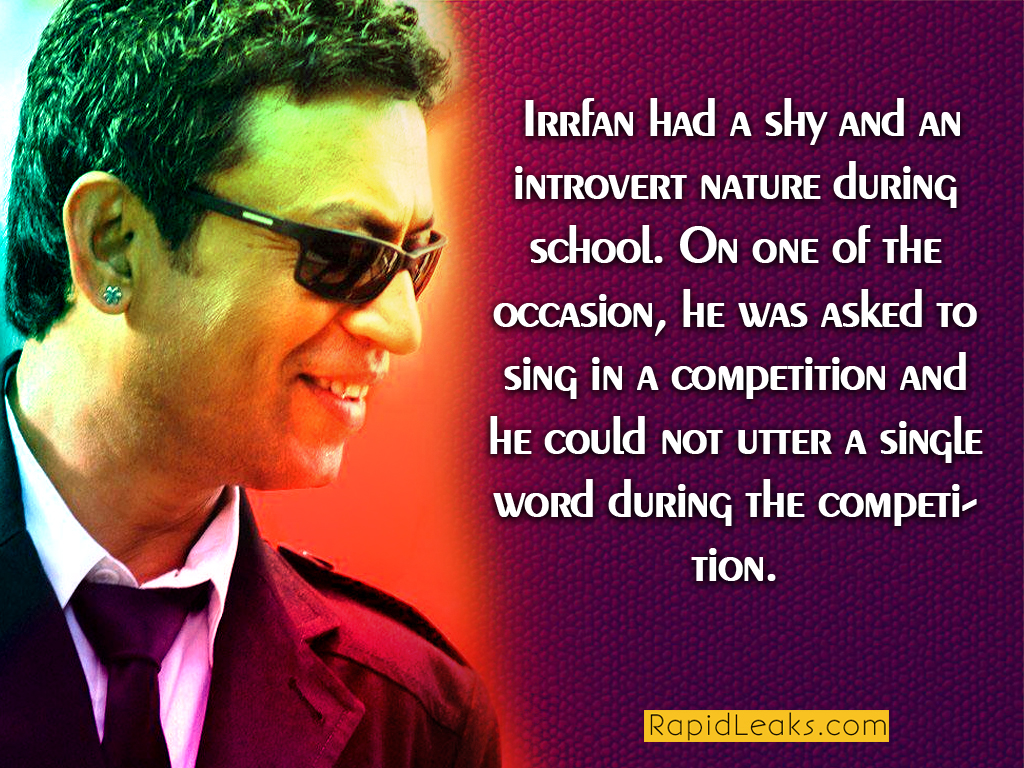 6. That’s What Acting Is All About. 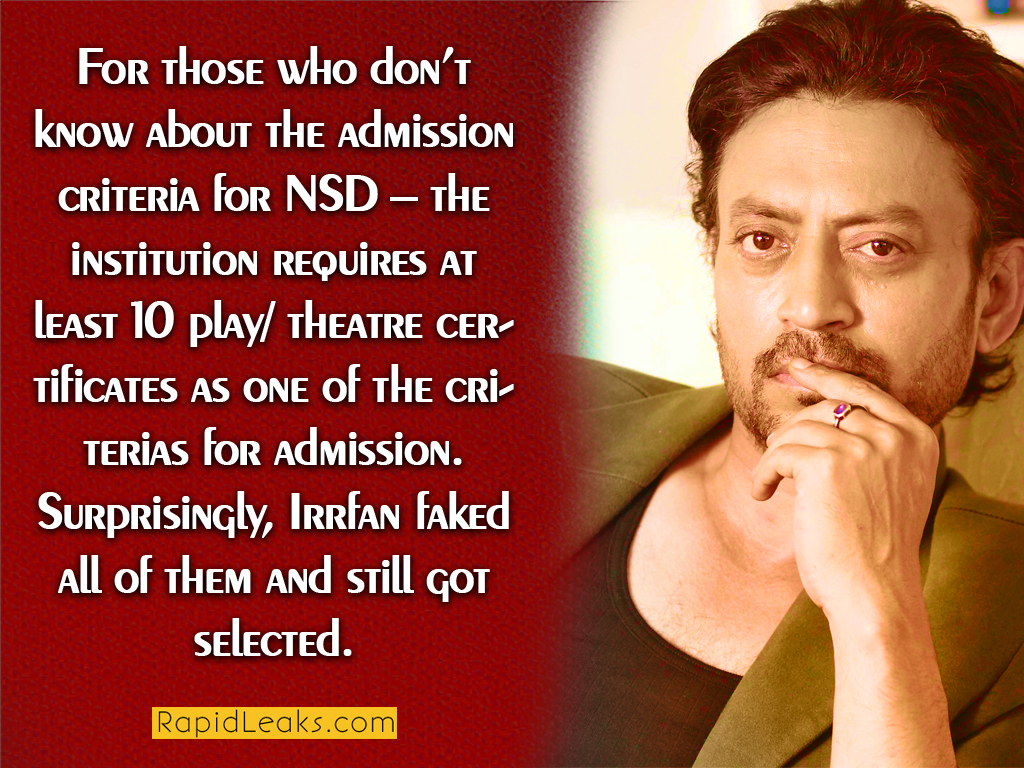 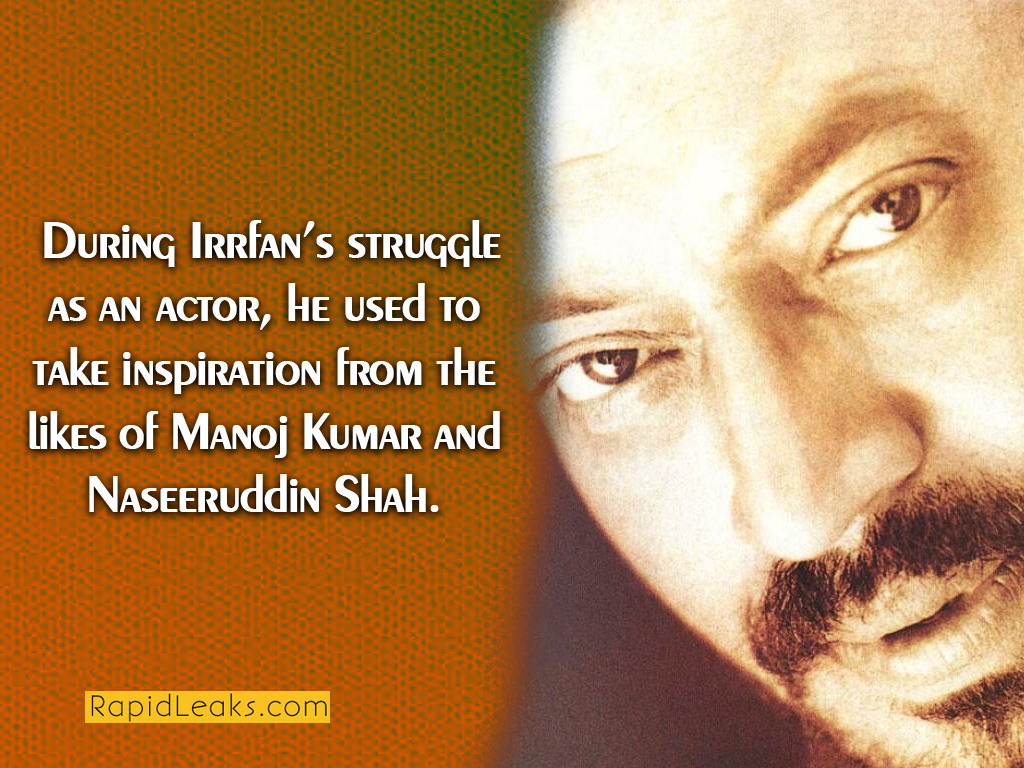 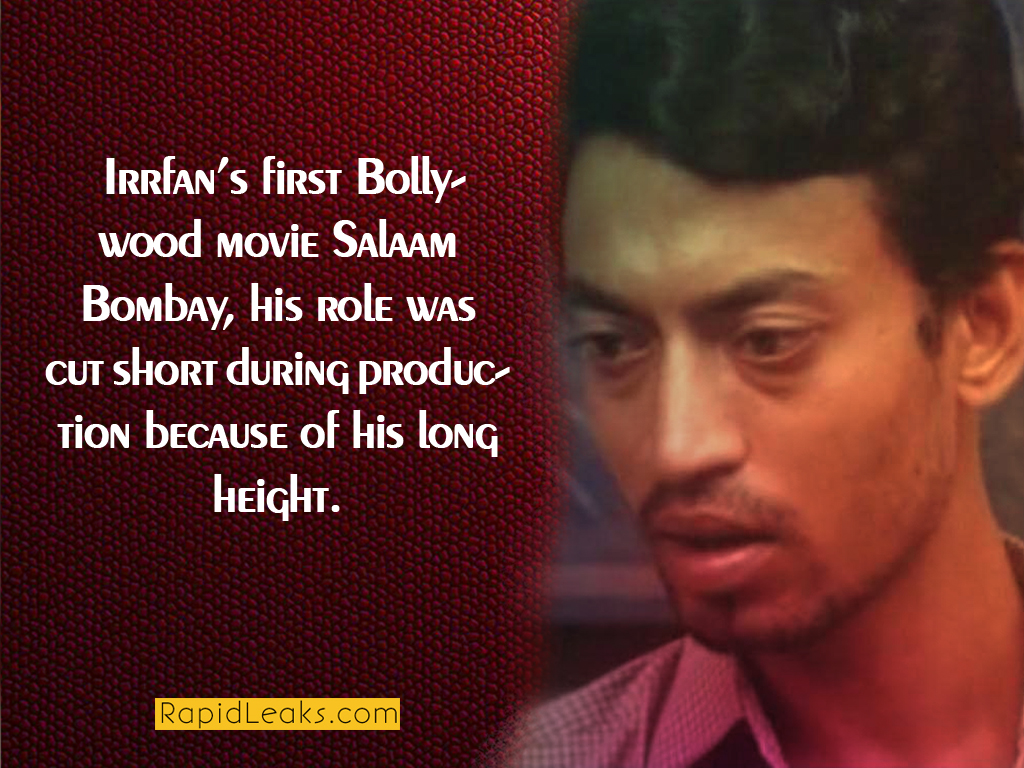 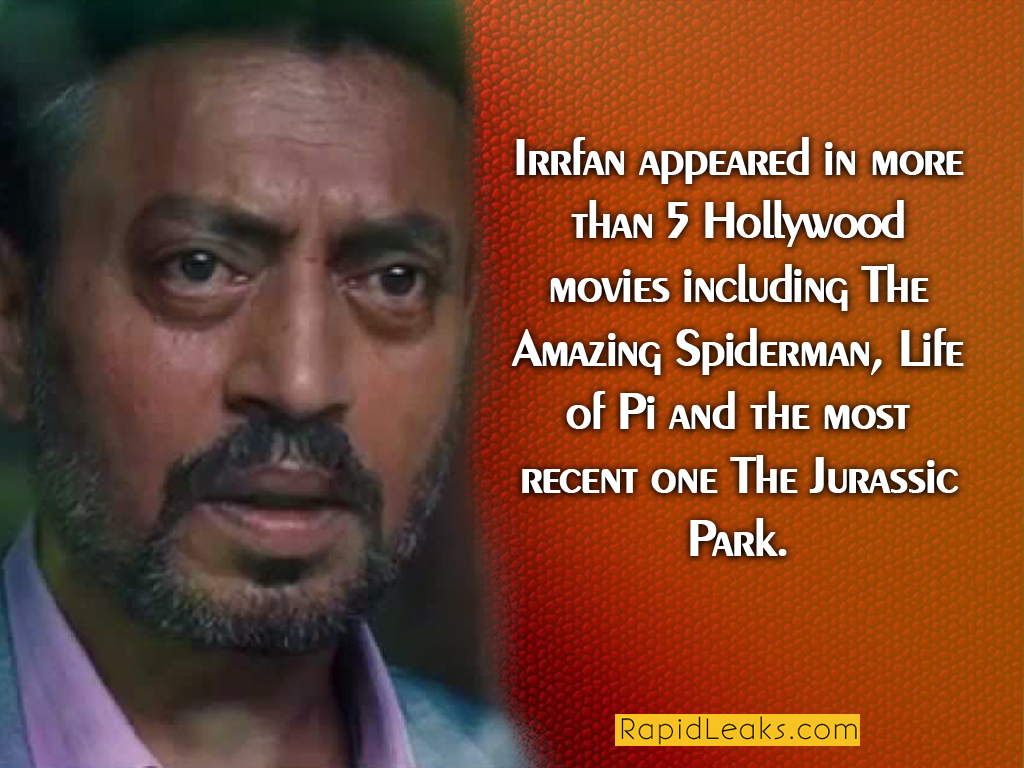 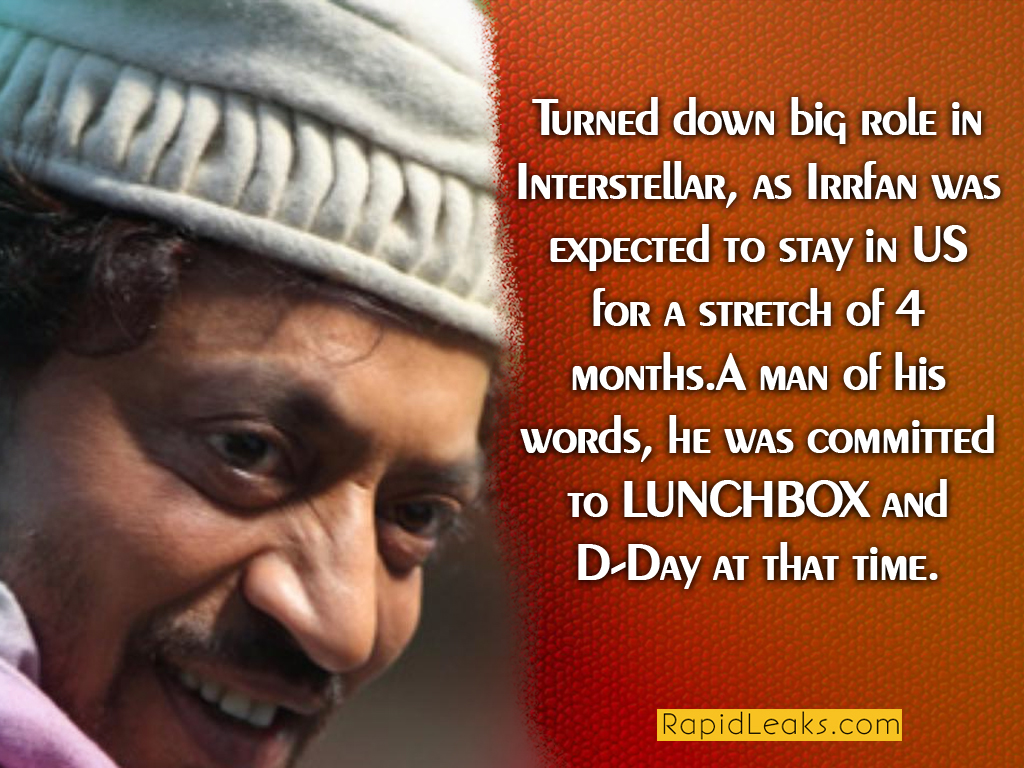 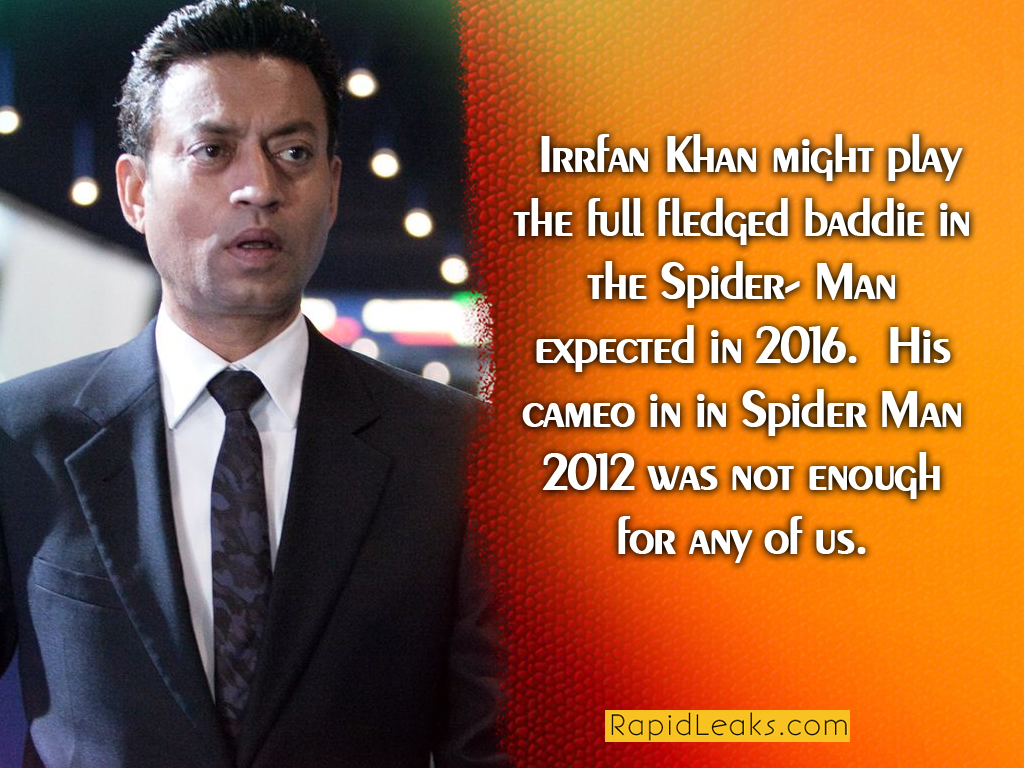