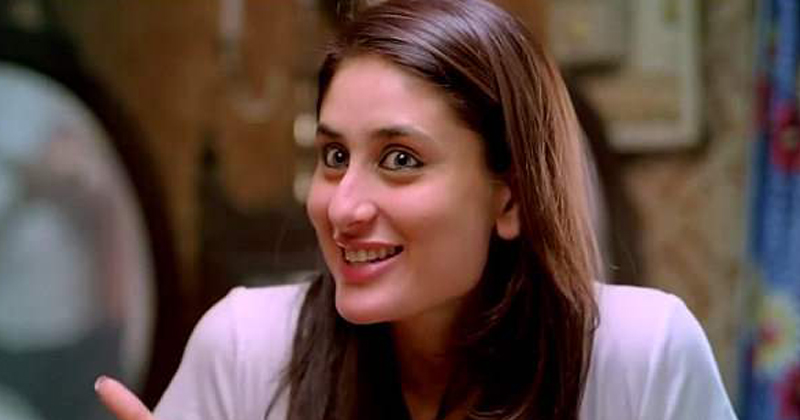 Geet would definitely go down as one of the most transformational female characters of Bollywood. Imtiaz Ali’s Geet was somehow an ideal desi manic pixie dream girl, however, there were some complexities about her that made her stand out on the screen.

Millions of girls related to the character of Geet who was quirky, whimsical and loves herself, something that Bollywood has been trying to keep away from their viewers. Million more wanted to be like her, without a worry in the world.

Now, because Bollywood often has the habit of replicating characters and storylines for years, Geet’s characterization has stayed with us for longer than ever. Blame it on Kareena’s flawless acting or Imtiaz’s writing, Geet is an iconic character which will be a legend for many more years to come.

However, that’s not what we wanted to tell you. Heck, everyone already knows it.

We wanted to identify the Geet that is present in every girl, even in versions that she chooses to be a secret. So, if you thought that you might be the Geet from Jab We Met, however, was never able to point a finger on the exact trait, then good news. We thought of compiling 8 signs that would make you assure of being Geet from Jab We Met.

1. You Love Yourself. Even when you don’t declare it to the world.

Geet from Jab We Met absolutely loved herself and everyone, and literally everyone, was aware of it. There are many who are just like that. However, while some shout it from the top of their voice, other’s try to keep the truth to themselves. Now, this doesn’t make you any less of a Geet. The fact is, one needs to identify that they love themselves, and respect themselves, even when they don’t nauseate others with it.

There’s no grey area for you. It’s either right or wrong and you’re the first one to tell it to the world. While some hate it, because who likes the harsh truth? others know that you are the only person who says it like it’s. You’ll always say things the way you want to and there’s nothing bad in it.

3. You’ve mastered the art of enjoying small things in life.

You know the truth that finding happiness in monumental things will take you nowhere, which is why you try to enjoy small things in life. Even when you are not completely aware of it. People often feel astonished on how small things can offer you utmost happiness, however, for you, it’s just how you live life.

You have this thing about you where you react to things on a grand scale. There’s nothing normal about your reaction. There would either be nothing or a reaction worth every K-serial on the television.

5. You can talk with anyone.

Let’s imagine a situation where you’re traveling by train and you have an entire family around your seat. Chances are you’ll end up knowing every freaking thing about them, by the end of the journey. This is just-so Geet from Jab We Met, like. You need to talk to people in order to keep your brain from functioning properly.

6. Practicality over anything else.

No matter which situation you’re stuck in, practicality always win for you. Until and unless it’s restricted to some of the most stupid things in life. Like, booking a room in a hotel on the basis of per hour.

7. Taking risk is your forte.

On one side, you love to be practical in life, on the other, you have taken decisions even when they had huge risks associated with them. I mean, who decided to have a run-away marriage without any real plan?

8. You see the good in everything and everyone.

You often get scammed with double-faced people, due to your habit of seeing the best in everyone and everything. However, the same habit has led you to meet some of the best people in your life and be in some really interesting situations. Seeing good in a bad-bad world is not bad, you just need to understand the differentiation process.

If these 8 things are associated with you, in any way. Then trust us, you’re the Geet from Jab We Met, and you should be awfully proud of it.