Demonetisation would definitely go down in history as one of the boldest steps ever taken by a government. It is still not sure if it would be a failure or success, however, many have voiced their opinions regarding the drive. For some, it is the best thing that could have happened for curbing Black Money in India, for others, it is a mere drive working on a common man’s expense.

Many economists have also come out with assumptions and their take on this huge step, as they are one of the most knowledgeable people in this area. This entire drive is going to adversely affect the economy and the people, which is what everyone should talk actually about.

Here are some of the most well-known Indian economists and experts, and the sides they took on this nation-wide debate. Are they supporting the movement or against it.

1. Bibek Debroy: Economist, Professor at Centre For Policy Research and Member of the Niti Ayog.

Bibek Debroy spoke to Karan Thapar in an interview and said that there are many Economists who are not aware of the ground realities of black money in the country. He also said, there are many Economists who have been living outside India and are against the demonetisation movement, are depicting the results without having the access to the latest data, therefore their assumptions can’t be considered solid.

When asked, what he thinks about the impact of demonetisation on the daily wage labourers and loss of jobs. He answered it by:

2. Surjit Bhalla: Chairman and MD of Oxus Investments, Former Professor at Delhi School of Economics and a Delhi-based Economist.

Surjit Bhalla considers Demonetisation a bold move and said that demonetisation is just the beginning of the fight against corruption. He also added that if it is successful, then this drive would go down as one of the biggest reforms in India and much bigger that GST as well as industrial policy reform in the year 1991.

Arun Jaitley said that this was not an overnight decision, and took a lot of time while maintaining the secrecy that it required. He considers it to be a logical step in the journey towards a cashless society, that India requires the most. He also stated that demonetisation would help our country in achieving a cleaner GDP.

Virmani considers demonetisation a useful method, however, he also said that it would be creating a negative impact on small businesses. He stated that the end result of this does require a much deeper study, but the immediate effect of demonetising a certain currency does result in a collapse of retail trade in goods and services. In addition to this, he said that the longer it takes to replace the currency, the more negative affect the entire movement would have.

1. Arun Kumar: Economics Professor at JNU, Author of ‘The Black Economy In India’

Arun Kumar in his interview with Scroll.in said, the context in which demonetisation has been used in India is not usually the reason behind why it is used. He also said that a strike like this one was not something that our country needed, as the macroeconomic indicators of our country were fairly good. He also agreed with Dr Manmohan Singh’s recent speech in the parliament and said: 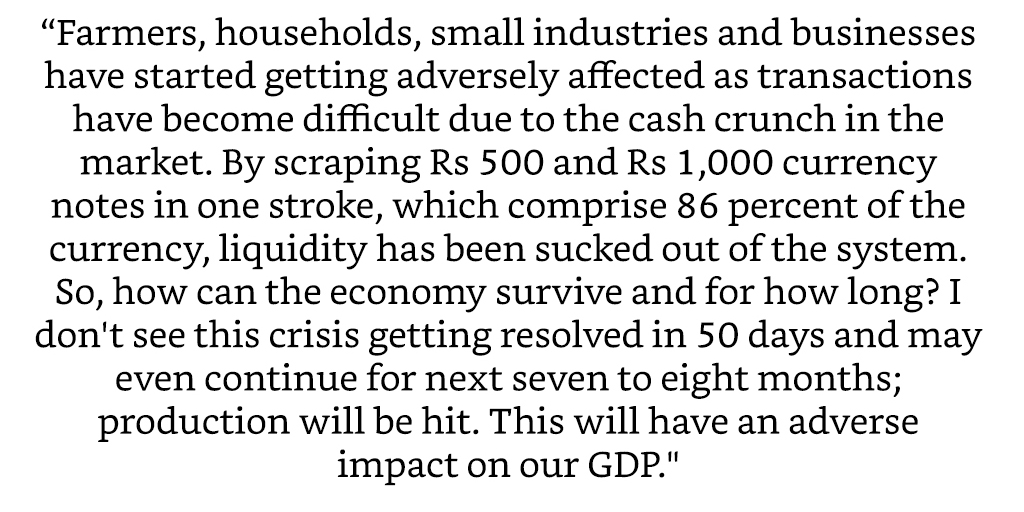 Manmohan Singh’s speech in the parliament was one of the most talked about views on demonetisation, as he is one of the most eminent economists in the country. He called demonetisation an “organised loot”, “monumental mismanagement” and a “legalised plunder”. He said that the National Income of the country would fall by 2 percent, which is just an underestimate of the real problem. He also talked about the people who were and would be suffering the most from this drive, and they are the people belonging to the agricultural and informal sector of the country. 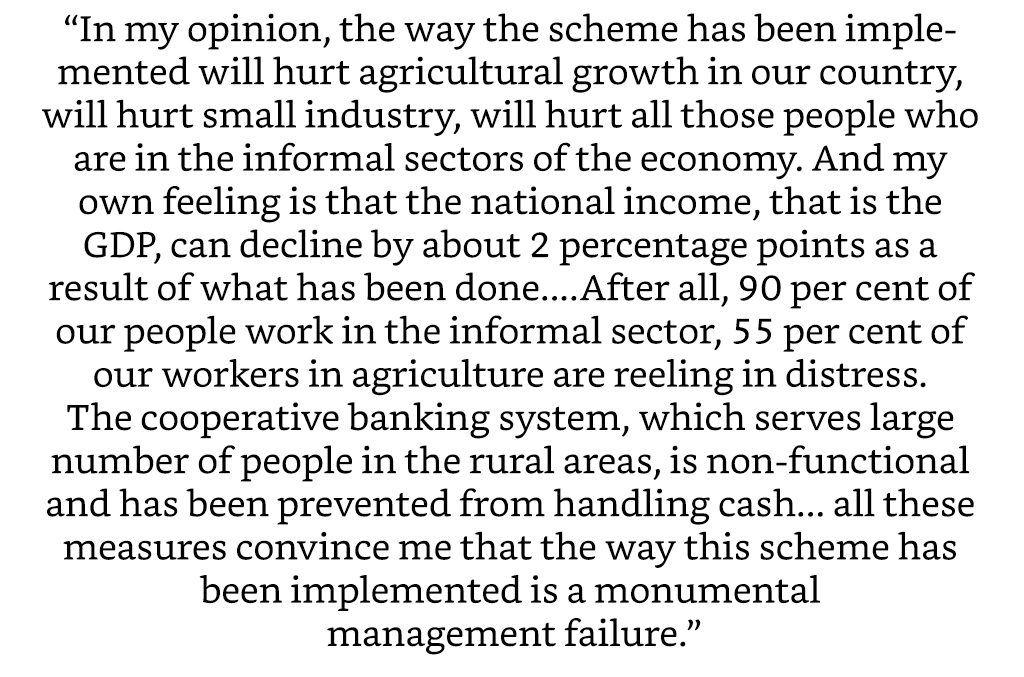 4. Arun Shourie: Indian Journalist and former economist at the World Bank, a former consultant at the Planning Commission of India and recipient of the Padma Bhushan.

Arun Shourie called the move an ill-prepared movement by the government, without thinking about the people who are living in rural parts of the country. He said that PM Modi’s dream of having a cashless economy is something which is way too difficult for farmers and people from the agricultural sector. He also said that it would be difficult to get black money out through demonetisation. 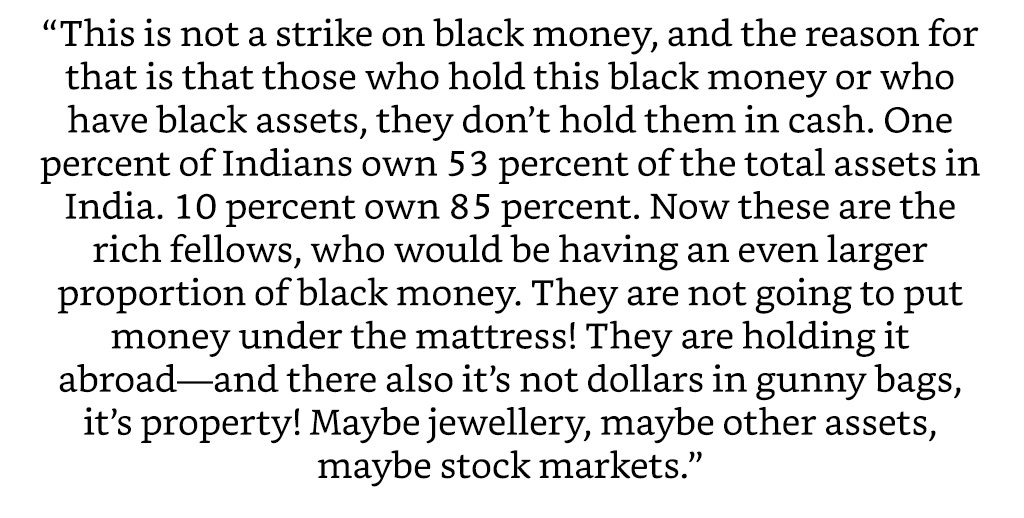 5. Kaushik Basu: Senior Vice-President and Chief Economist at The World Bank, and a leading economist.

Kaushik Basu considers demonetisation has given birth to a new black market in the country, through which people can offload the existing cash with them. In his article in The New York Times, he said that this movement is hurting the unintentional targets. 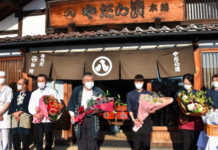 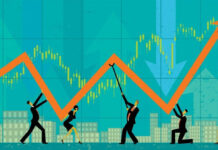