Home Automobile Rare Failure: Volvo Recalls As Many As 86,000 Cars In Sweden 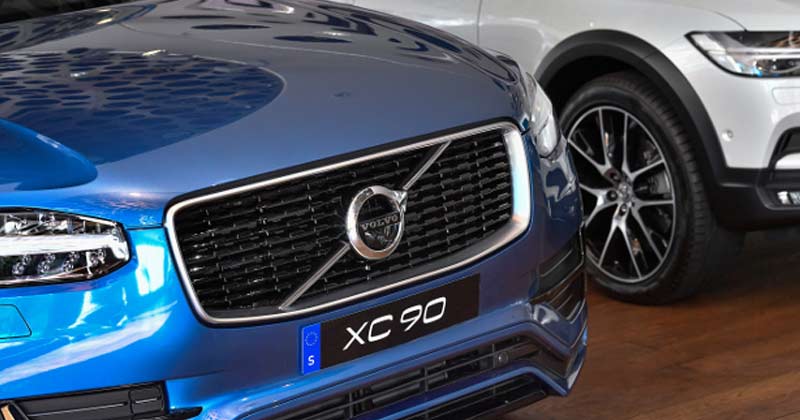 It’s more than just a car brand. It’s a legacy.

To a vast majority, it’s a perfect marriage of outstanding Scandinavian design and the best of European luxury in the automotive space.

But over and above cosmological adjectives, it is a name you can trust and is worth banking upon. It’s more than just a car; in many ways, it’s upheld the concept of safety and security in the automotive industry and for decades altogether.

But Sweden’s national treasure Volvo has apparently been caught napping. In what appears as a rare snag from one of the most venerable carmakers in the world, Volvo has apparently recalled 86,000 cars from the Swedish roads in a sudden bout of shudder that’s got everyone talking.tw news

So what exactly happened there?

Apparently, for starters, the recalling of cars has a huge figure at its heart. It turns out that Volvo has recalled as many as half a million cars worldwide, of which 86,000 are in the land of its origin: Sweden.

There seems to be a faulty component in the motor of most diesel engines. This, in turn, could lead to the cars catching fire. A nightmare scenario, one might be compelled to ask, isn’t it?

The news from the corporate headquarters says it loud and clear. In the words of a spokesperson, “In a few cars, it has led to a car fire!”

Never an ideal term any driver would want to hear. The most affected vehicles happen to be those 4-cylinder diesel engines, manufactured between 2014 and 2019, which in the brand’s case happen to be top of the line performers, namely- XC60, V70, V60, V40, and the imposing luxury sedan XC 90, a cracker of a car.

But making no two-face about the complicity at Volvo, its press spokesperson Stefan Elfstrom shared immediately, “We are working on a technical solution to the problem. Until we have this, we are asking our customers to be on the lookout for any error messages which are linked to the motor. If there is no error message, the car is safe to drive,” said Elfström.”

But the brand has also extended caution and empathy toward those aggrieved by its fault, in deciding to contact the owners in the form of personal correspondence through letter(s).

Where it stands currently, the snag worldwide has hit around 507,000 cars, of which quite a few happen to be in the heart of Scandinavia. And moreover, it’s not the first time this year that the celebrated car brand has had to endure a tough period. Within a space of a week, Volvo had issued two recall notices earlier in 2019.

Why Do Mosquitoes Usually Bite In The Evening?