As much speculations, Royal Enfield has finally unveiled its new parallel-twin engine, however, it is not a 750 cc motor as many of us were expecting but a 650 cc air-cooled Twin-Cylinder engine churning out 47 PS of maximum power at 7,100 rpm and 53 Nm of peak torque at 4,000 rpm.

For the unknown, Royal Enfield has been planning to launch a new series of engines, of which the 650 cc Parallel-Twin motor is the first, to give a boost to its line-up’s appeal while also carry forwarding the legacy of ‘Thump’, the soundtrack that has a huge number of riders and is cherished by multitude, to say the least.

That said, the bikes which will be powered by the Royal Enfield 650 cc Parallel-Twin Engine has not been unveiled by the company but we expect the final curtains to be lifted in a couple of days at the 2017 EICMA motorcycle show in Milan.

What Exactly Is The Royal Enfield 650cc Parallel Twin Engine?

This new engine is inspired from RE’s 1948 twin-engine (Yes, its design is that old) but it is a completely modernized engine that is targeted towards both new as well as experienced buyers, for this is what Royal Enfield has always believed in.

While it hardly shares any components with the old and lighter line-up, it is expected to carry the Royal Enfield legacy as well as the character into the modern era. The engine has been developed to offer a broad spread of torque that will make the upcoming motorcycle easy to ride without the need of frequently shifting gears.

The 4-valves per cylinder fuel-injected SOHC engine is rated to make 47PS of peak power @7,100rpm and 53 Nm of torque @ 4,000rpm. While compression is reasonable at 9.5:1, Royal Enfield has re-iterated that maximisation of power output was not one their goals for the new engine.

The power figures were kept under 50PS in order to make the engine compliant with an A2 license in the UK and has been tuned to offer great low- and mid-range performance with its torque playing a vital role.

The Royal Enfield 650cc Parallel Twin Engine comes with slip-assisted clutch and is said to have enough grunt to cruise at 120-130 kmph on highways. Engine refinement is one thing that Royal Enfield bikes have been criticised heavily for and to address it, the new bikes will feature balancer shaft to eliminate unwelcome primary vibrations. The new engine also gets a single-piece forged crankshaft to handle secondary vibrations, a first in RE bikes, and uses a 270-degree firing order for power delivery with 9.5:1 compression ratio.

The engine gets six-speed transmission coupled with a slip-assist clutch for minimum lever efforts, however, what stands out in this new motor is the ‘Thump’ sound which has been a vital characteristic of all Royal Enfield motorcycles. With the new Royal Enfield 650cc Parallel Twin Engine-powered bikes, fans will definitely love the rumbling and throaty exhaust note coming out from its twin exhaust mufflers.

As a proof, Royal Enfield recently teased the 650cc bike in a video, The ‘Thump Legacy’ Continues!!

The fuel-injected engine is BS-IV and Euro 4 emission compliant, and according to Royal Enfield, it will be able to meet Euro 5 and BS-V emission norms with just a bit of tuning. 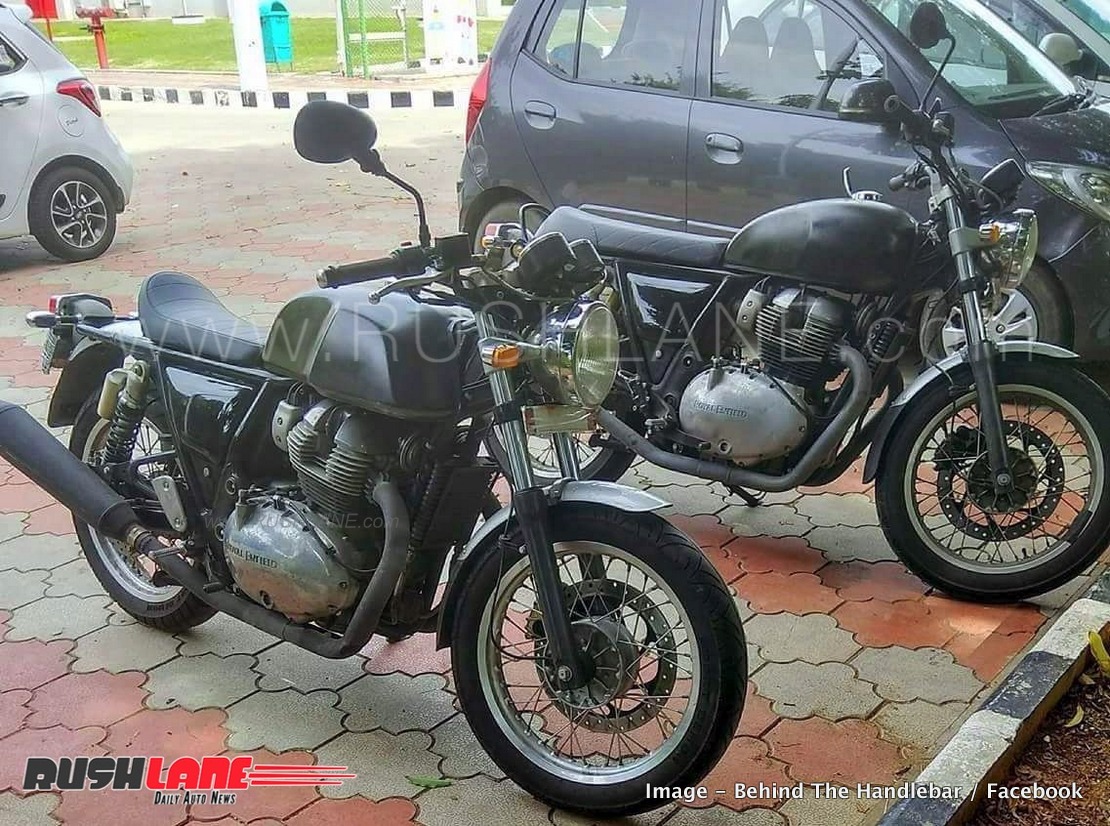 As for the upcoming bikes, while it is not officially confirmed, we are expecting RE to showcase not one but two Royal Enfield 650 cc Parallel-Twin Engine-powered bikes at the EICMA. While of the two expected launches would adopt the cafe racer body styling, the other is expected to come with the versatile retro design, just like the Triumph Bonneville and Ducati Scrambler.