Had Shakespeare been alive today, he would have resolutely hailed, “What’s in a domain-name?” These-days, no business is a utility business if its not thriving on the internet. You’ve got a real tangible business on hand, that’s good but unless it’s not powered online, channelised online then what good is it? That is the general belief. And it’s not too hard to understand why. We are, prevailing in the realm of technology- where social media is calling the shots.

Regardless of how talented you are and the potency of your offering, if you are not promoting your business online, you are really nowhere. This definitely being an age where globetrotting consumers are increasingly being connected through the Internet. Isn’t it? Therefore, aware of these necessities in an age that powers technology and produces entrepreneurs every single day, one Frenchman came up with a brilliant idea.

It took him quite an onerous period of hard work and toil to come up with a web domain called France.fr. The latter, obviously being the country code- France. And now, there seems to be huge concern that France. Fr has run under. Apparently, the one man responsible for building France.com into a thriving business, connecting rest of the France through his web domain used for selling travel tours has been engaged in a court battle with French authorities. France.com has ran into a trouble that doesn’t seem to be ending anytime soon.

Currently the life of Frenchman Jean-Noel Frydman who connected Burgundy, Paris, the entire French riviera to his site, selling tours is a tough one. On March 12, earlier this year, his online business vanished. The authorities successfully asked the company that was running the web domain for France.com or France.fr to hand back the business. Left with little choice, the said firm- Web.com- had to comply. Believe it or not, for Jean-Noel Frydman, an effort that ran the course of 25 long years had fallen flat on the surface. With there being no consolation whatsoever.

But the aggrieved technocrat is not stopping there. He is dragging the authorities to the court. And it seems, it’s only a fair call. Without having been given any kind of heads-up to have his lucrative Internet-run travels business being snatched away is a sign of grimace for the man who holds a dual nationality- being a French-American citizen. An instructor present with the Harvard University – Mr. Vivek Krishnamurthy feels that the ongoing battle has the stakes to change the course of the larger internet. There is a lot at stake, apparently.

The fight over domain names is a central issue of our times where much of our ideas and creative renditions meet with opposing forces in the residence of the World Wide Web. It is interesting to note that the aforementioned legal battle actually began back in 2015 and to date, no conclusion has been reached. Mr. Krishnamurthy added, “Here was a case where the French government before its own courts was advancing a legal theory that, if it were true, could really disrupt the security of domain names.”

The huge entanglement and burgeoning controversy might have erupted now but back in 1994, its seeds were sowed. It was the years- two and a half decades from the present date- when the domain name was bought by the Frenchman from the same company that has now handed the working of the domain( in addition to the domain) to the French authorities. And somewhere you ought to feel for Jean-Noel Frydman. At least, the authorities could’ve informed him as to what was on the cards. Sadly, none of that happened as the legal issue continues to search for that elusive conclusion. That said, at the same time, it cannot be ignored that the country protests saying that France has the natural ownership of the domain name, with it being earmarked .Fr. 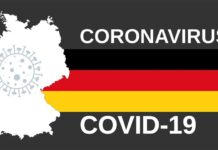 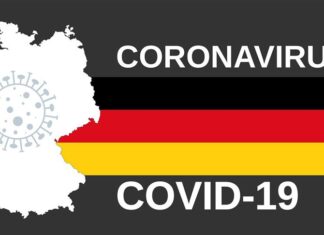 Dev Tyagi -
If you are wondering as to how many deaths have happened already this year due to COVID 19 in Germany, then let's...