The animal kingdom is full of super animals. From the record-breaking cheetahs to the loud chanting of the whales to the Methuselah sponges, species with astonishing abilities and properties can be found all over our planet that would have earned an entry in the Guinness Book of Records. We present the most fascinating animal record holders.

If Usain Bolt had to compete against a cheetah, he would look pale. Because when this predator chases through the African savannah, it accelerates to a speed of over 100 kilometers per hour thanks to its outstanding walking technique. For comparison, the physically similar greyhounds only cover 70 kilometers per hour.

Some animals also have a lot to offer when it comes to volume. The loudest representatives include the large mammals of the sea. The calls of the blue whales reach a sound pressure level of 188 decibels and the click sounds of the sperm whales in the water are up to 230 decibels.

However, armored miniatures give serious competition to these giants. The pistol crabs, which are only a few centimetres in size, are famous for the deafening bang that they produce with their scissors. These are used to communicate with fellow species, to warn enemies, or to suddenly put prey out of action. A ‘pistol shot’ of the shrimp, also known as crayfish, produces sound measured at around 200 to 250 decibels.

The giants of the animal kingdom do not have to impress with loudness, because their size alone is impressive. With the body length stretching 33 meters and a mass of up to 200 tons, the blue whale is by far the largest and heaviest living being on our planet. On the land, giraffes and elephants are among the giants.

In nature, being tall has many advantages like you have fewer enemies, you can create more energy reserves and easily travel further distances. Nevertheless, gigantism seems to be an expiring patent. Many large animals that once lived on our planet have now become extinct, for example the large herbivorous dinosaurs or the giant moa (Dinornis) from New Zealand.

The Methuselah of the animal kingdom has other superlatives to offer. Even the oldest people are real youngsters against them. For example, Galapagos giant tortoises often live to be between 150 and 180 years old, making them significantly older than us humans. But some animals can live for several hundred or a thousand years. The Greenland shark, for example, reaches an age of at least 400 years and could, therefore, be the most long-lived vertebrate in the world.

Probably by far, the oldest animal on our planet is a sea creature. The giant sponge Anoxycalyx joubini lives at the bottom of the Antarctic Ocean and looks like a pale yellow or white cone. Researchers estimate that this animal organism can easily be 10,000 years old.

But why do some animals grow so old? A secret of the Methuselah could be their life in slow motion. Because according to a common theory, the life clock runs in metabolic units. A reduction in the metabolic rate in a species, therefore, means that this clock runs more slowly and the life span is extended.

The life clock of the giant sponge ticks extremely slowly. It may have the slowest metabolism of all animal species, which is shown, among other things, by its growth under certain conditions, the sponge does not grow at all in several decades. 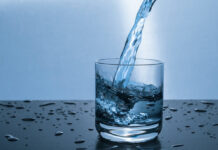