Home Technology Science The Ozone Hole is Smallest in 30 Years and is closing in... 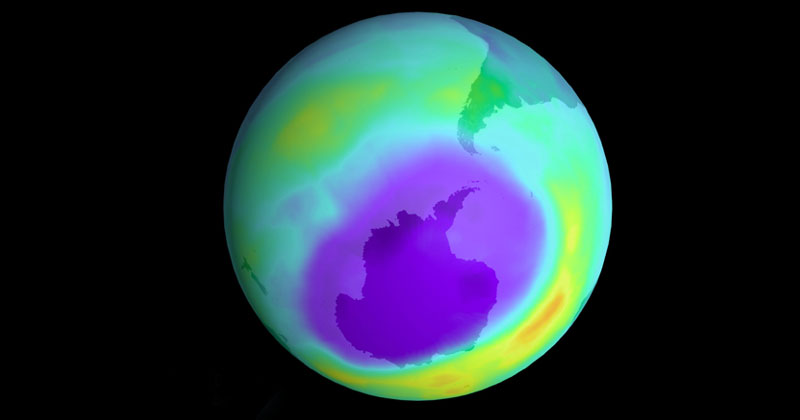 The hole in the ozone layer over the South Pole is closing quicker than expected and it has become the smallest in size, as observed, in over the past 30 years. This was measured by Copernicus which is the European Union’s Earth observation program. A warm temperature in the stratosphere layer over the South Pole prevented large amounts of ozone from being absorbed and disappear.

The ozone hole was contained to ten million square kilometers this year which is not even half as much as it was in the previous decades. The faster recovery of the ozone layer can be considered an extraordinary weather event.

Ozone protects us from dangerous rays reaching the earth’s surface

Usually, a hole forms in the ozone layer in August and grows till October and then closes again. In recent decades, the ozone layer did not recover until the end of November or December. Ozone is a natural filter for the UV rays contained in sunlight. If the protective layer is missing, the rays that are dangerous for living beings reach the earth’s surface with high intensity. People are exposed to high levels of UV radiation and are more likely to develop skin cancer.

Humans are undoubtedly responsible for the Ozone depletion as the hole in the ozone layer is created every year. Harmful substances contained in many coolants, aerosols and solvents in the late 20th century entered the atmosphere. They promote the depletion of ozone. These substances have been banned for several decades. The studies suggest that the ozone layer would have fully recovered in a few decades, nevertheless, even today illegal ozone killers are getting into the air, especially from China.

Why do We always Remember how to ride a Bicycle but Forget Numbers?