Home Technology Science Is An Alien Civilization Trying To Contact Us? Are We Ready!!! 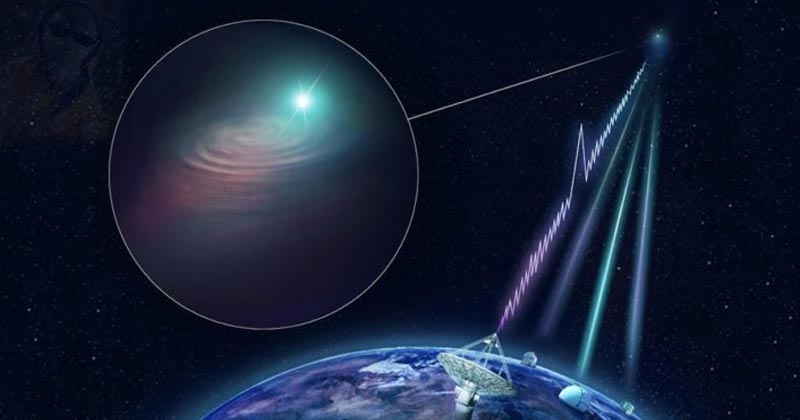 This has been known for its FRBs (Fast Radio Bursts) since 2012, researchers from the National Astronomical Observatories of China (NAOC) report. The first impulse had been located by FAST on August 30, since then, the signal has been repeated several dozens of times, it is said. On September 3 alone, 20 pulses were registered from the source, according to the NAOC scientists.

It was detected by the newly installed highly sensitive FRB backend on the 19 beam receiver on the telescope. It detected more than 100 bursts between late August and the first week of September.

Can these be Signals from Alien Civilizations?

It remains unclear whether FRB signals originate from astrophysical sources or whether they are strong signals from alien civilizations, experts say. There are many ideas for their nature: The Fast Radio Bursts could come about from the fusion of two neutron stars or could be generated by massive black holes. Because of their extremely short duration, the exact origin of the radio flashes is usually very difficult to determine.

The astrophysicists are trying to establish the significance of the signal and find out if there is a hidden message in it like the WOW! Signal. So far, the puzzle remains unsolved but the smartest brains on earth are trying to solve it.

Facility to support search for aliens

The FAST radio telescope, which was completed in 2016 and has a diameter of almost 500 meters, records radiation from the depths of space. Through his data, researchers hope for new insights into the universe. In addition, the FAST should support the international SETI project in the search for extraterrestrial life. SETI(Search for ExtraTerrestrial Intelligence) also received the famous WOW! Signal back in 1977 but nothing useful after that.