Home India A Protester Gets Electrocuted During Cauvery Protest 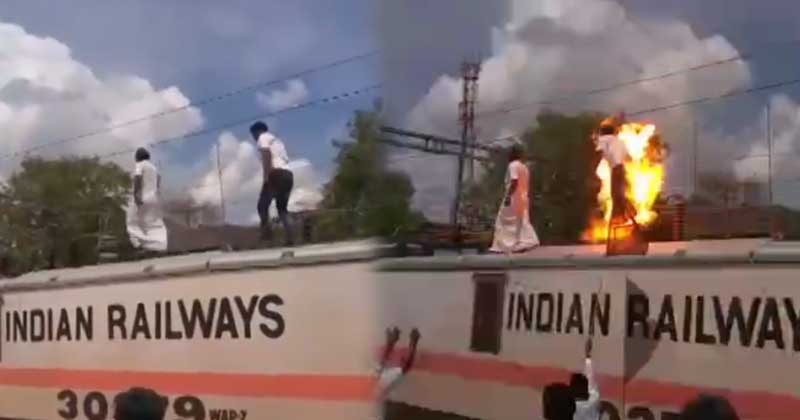 The Cauvery row is going on for almost two years now and it has officially seen various ups and down along the way. From getting an entire town shut down to silent protests and even shoes on the cricket ground, aimed at players, all this and much more has happened in the on-going Cauvery row.

An addition to this long list of interventions and loss of life in these protests has been made recently.
A Pattali Makkal Katchi (PMK) cadre in Dindivanam, Villapuram district, was electrocuted on Wednesday after he climbed atop a top engine and accidentally touched the electric wires above him. The incident was caught in a video which has since then been intensively shared on social media.

The incident happened when hundreds of protestors decided to halt the trains by occupying the railway track. All of this is being done against the Center’s lack of success to set up the Cauvery Management Board (CMB) and a Cauvery Water Regulatory Committee as ordered by the Supreme Court.

According to a railway official, as reported by India Today, the PMK cadre did not touch the high power cable above him but was close enough to suffer an electric shock. An earlier report had wrongly said the PMK activist died.

This PMK-called shutdown took place a day after Tamil groups held a protest in Chennai over the Indian Premier League (IPL) matches taking place in the city, despite Center’s constant neglect in the entire Cauvery Row. The authorities even took the decision to not hold any more matches in the city, as a result of the protest.